RSS
← On the scripting skills
RSS is the new WWW →

Many Eyes for bioinformatics?

It’s already a while since IBM launched their data visualization framework Many Eyes. While initially resistant (there’s nothing that Gnuplot/R/Graphviz cannot do) I’ve decided to have a closer look. Obviously I didn’t get it before – Many Eyes is not about making the visualization easier (although IBM did quite a lot in that direction). It’s about sharing both data and approach to that data.

Many Eyes encourages to test things. A single perl one-liner and we see the most often occuring domains in proteins of Bacillus anthracis: 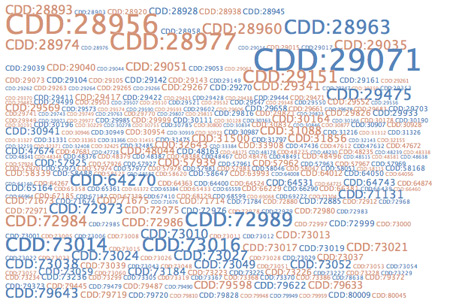 Or maybe we want to know which of these domains co-occur (nex to each other) in a single protein (only the biggest cluster shown):

(note that this is the output of quick hacks – I wouldn’t call it a scientific analysis)
Many Eyes is a service for general data. What about making such thing for the biological data analysis? The workflows may be shared on the myExperiment, and the data (input and output, and a visualization of the latter) on a site like Many Eyes? And deposition of the data would be required for certain papers? So far the results of the bioinformatic analysis are (sometimes) attached as a supplementary material in some weird format (pdf or doc). This at least make it accessible for years, but there’s no access to the original data and no way to verify if the analysis was correct other than looking at the results (and usually that’s not enough). Is there anything like that available? If not, do you think it would be valuable to build a service like that?

Posted by Pawel Szczesny on August 19, 2007 in Software, Visualization

← On the scripting skills
RSS is the new WWW →

2 responses to “Many Eyes for bioinformatics?”